Ryanair has announced its 2021 summer schedule in Alicante as part of its Covid recovery plan. 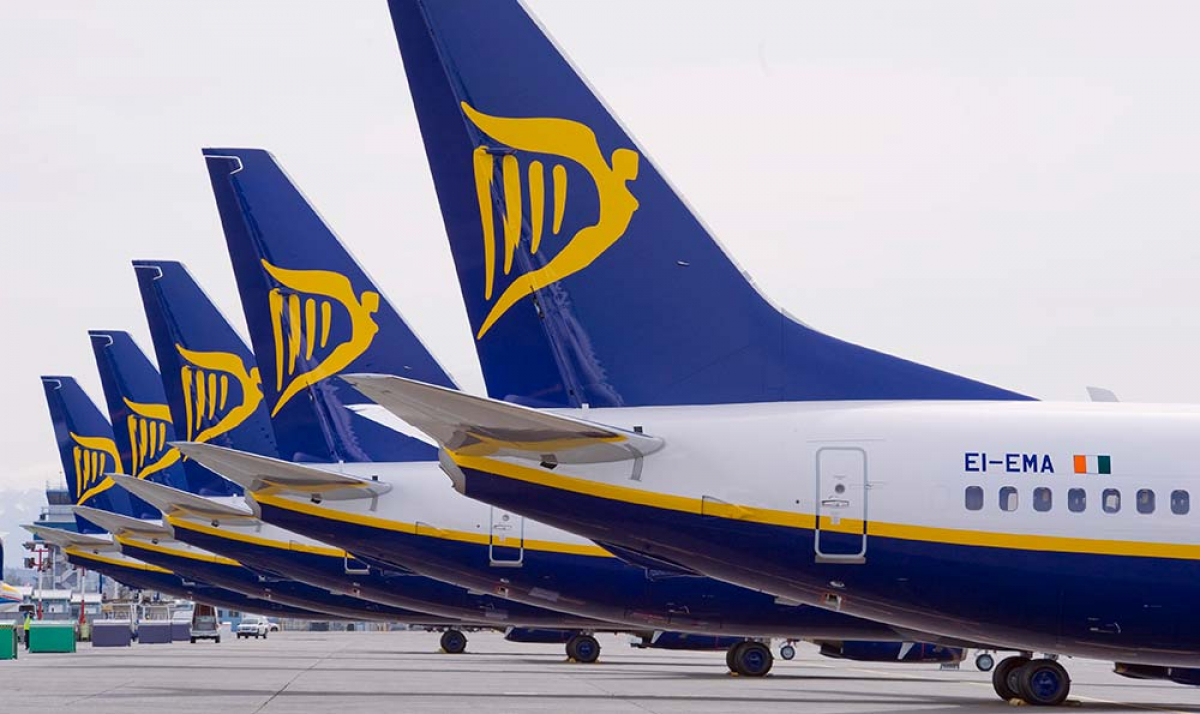 The airline will operate a total of 74 routes with more than 300 weekly flights, including 8 new connections.

Madrid, 8 July 2021. Ryanair, Europe's leading airline, has released its summer schedule in Alicante as part of its Covid crisis recovery plan. With a total of 74 routes, the 2021 summer schedule includes 8 new connections to Belfast City with 7 weekly flights, Ibiza and Menorca, both with three weekly flights, to Teesside (England), Bari, Treviso, Lanzarote and Vitoria, all with two weekly flights. The new routes will help boost air traffic and the region's tourism sector as we head into the crucial summer months of July and August, while vaccination campaigns continue across Europe.

Spanish customers can now book their well-deserved holidays to European locations such as Edinburgh and Copenhagen, as well as enjoy a getaway to the islands of Ibiza, Menorca or Malta. In addition to these destinations, travellers will be able to fly to eight new destinations this summer: Lanzarote, Belfast City, Bari, Ibiza, Menorca, Teesside, Treviso and Vitoria. As always, the airline's customers will now be able to fly at even lower prices and take advantage of Ryanair's zero change fee should their plans change.

Dara Brady, Director of Marketing & Digital at Ryanair, has stated: “We are delighted to be in Spain today to present our 2021 summer programme in Alicante as part of our recovery. Ryanair is the airline that operates the most routes to and from Alicante airport, as well as being one of the main employers in the Valencian Community and a major contributor to the local economy.

Furthermore, considering that Spain is one of the most popular destinations for European tourists, Ryanair is committed to recovering connectivity and tourism to/from Spain this summer. Yes, air traffic will skyrocket during the months of July and August thanks to the continuation of the vaccination campaigns and Ryanair will operate a total of 74 routes (8 new ones) to choose from, so our Spanish customers have a large number of European destinations to visit this summer.

Aware that Covid-19 restrictions are constantly changing, Ryanair allows up to two flight date changes free of charge. This will allow greater flexibility and reassurance for our customers, who can book their flights to enjoy a well-deserved break, with the peace of mind of being able to postpone or change their travel dates, if necessary, for a fee of 0 euros until the end of December.

To celebrate these new routes, Ryanair has launched an offer with flights starting from €19.99 until the end of October. This promotion will be available until midnight on Thursday, July 8, on the Ryanair.com website”.

José F. Mancebo Aracil, Executive Director of the Costa Blanca Tourist Board, underlined: “On behalf of the Costa Blanca Tourist Board, we are grateful for Ryanair’s commitment to the Alicante-Elche Miguel Hernández airport and the Costa Blanca. A determined commitment, motivated by the destination’s ability to attract tourists from all over Europe as well as by the outbound potential of the airport’s area of ​​influence, exceeding 5 million potential passengers. With these more than 70 summer routes, we are strengthening our alliance with our partners, Ryanair and the airport and Aena, as part of our destination connectivity strategy.”

About Ryanair:
Ryanair Holdings plc, Europe’s largest airline group, is the parent company of Buzz, Lauda, Malta Air & Ryanair DAC. It carries 154m passengers a year (before Covid-19) on more than 2,400 daily flights from 82 bases and connects over 240 destinations in 40 countries. The airline operates a fleet of over 470 aircraft, with a further 210 Boeing 737s on order, which will enable Ryanair Holdings to lower fares and increase traffic to 200 million passengers per year over the next five/six years. Ryanair currently employs over 16,000 highly skilled aviation professionals who deliver the highest on-time performance in Europe, as well as an industry leading 35-year safety record. Ryanair is Europe’s greenest and cleanest airline group. Customers flying with Ryanair can reduce their emissions by up to 50% when compared to the other four major EU airlines.

The purpose of this document is to inform you of the reasons why we collect your personal data, what we do with it, what your rights are and how you can exercise them, in compliance with Organic Law 15/1999 of 13 December, on the Protection of Personal Data, and the General Data Protection Regulation of the European Union.

Who is responsible for processing your data?

What do we use the data for?

We collect and process the information you provide us in order to respond to any questions you ask us through our forms, and to send you information related to our company’s activity that we consider to be of interest to you.

How long will we keep your data?

pWe shall retain your personal data for as long as you do not request us to delete it.

What is the justification for processing your data?

The legal basis for processing this data is your consent, which you can withdraw at any time.

To whom will your data be disclosed?

VIA, Promoción del Aeropuerto de Vitoria S.A. shall not sell, rent or make available to third parties the personal data you provide, unless legally obliged to do so.

What rights do you have?

You have the right to access your personal data, rectify inaccurate data or request the data to be deleted when no longer needed.

To exercise these rights, you must send an email to info@via.aero, specifying which of these rights you wish to exercise.

More information about your rights at the Data Protection Agency.